Expansion - Hearts Of Iron IV: Together For Victory Crack

Hearts of Iron IV: Tutorial for Complete Beginners! - 1/7 - Duration: 32:33. Top 10 Features In Together For Victory Expansion - Hearts of Iron 4 (HOI4) - Duration: 27:16. About This Content Death or Dishonor is a new Country Pack for Hearts of Iron IV, and expands upon players’ ability to experience history’s greatest conflict from any point of view.

Paradox's grand-strategy wargame Hearts of Iron 4 hasn’t built up as powerful a salvo of DLC as its other squad mates in the Paradox Development Studio roster, but with the release of Man the Guns there’s now enough extra stuff available for purchase that you might want to know which order to attack them in.

We’ve called each paid offering to attention to assess their capabilities and see how well they pass muster.

Wargamer.com is affiliated with the Paradox Store.

If you’ve never heard of the Hearts of Iron 4 Expansion Pass before, none of this information is relevant as it’s no longer available for purchase. But if you did get a hold of it back around launch and are curious, every major DLC mentioned in this guide is included with the Expansion Pass up to Man the Guns. Anything from La Resistance onwardsisn't included and must be purchased separately.

Similarly, the Colonel Edition is no longer available for purchase, neither is the Colonel Edition Upgrade pack that was around for a while. All of the content that was originally part of this version (which was mainly cosmetic) has either been re-released in a more dedicated DLC, or has simply been folded in the base game for free. Check out the Miscellaneous DLCs section below.

What is the best Hearts of Iron 4 DLC?

Which Hearts of Iron 4 DLCs do you need for a 'Complete' Experience?

Hearts of Iron 4: Together for Victory

The focus trees for the Commonwealth nations are pretty underwhelming. There are mods available on the Steam workshop for several them that, in my opinion, are more fun to play with than the official DLC ones. How much you’ll enjoy the rest of the grab bag features relies a fair bit on how much you enjoy playing minor nations. Autonomy can be a fun way to go from a subject to an equal partner, but from the overlord side, you’ll rarely have the time or resources to do much with it before the war ends. Spearheads can be a nice time-saver, but also don’t do anything you couldn’t accomplish already by micro-managing your tanks. Honestly, my main reason to recommend it is the new unit models and voice overs, which help add texture and immersion to the war.

Hearts of Iron 4: Death or Dishonor

I think the content designers did an overall better job on the focuses and events in this pack than they did in Together for Victory. From restoring the Austro-Hungarian Empire to dealing with King Carol of Romania’s ongoing antics and shenanigans, I got some of my most entertaining playthroughs trying to scrape by on the mean streets of South-Central Europe. I don’t really find myself using equipment conversion that often, but licensing is great if you’re playing a country with limited research slots and you don’t, for instance, have the luxury of always staying up-to-date in fighter tech. As with Together for Victory, the new unit models and voice overs offer a lot of value for me - but your mileage may vary if you’re the NATO counter type of player.

Hearts of Iron 4: Waking the Tiger 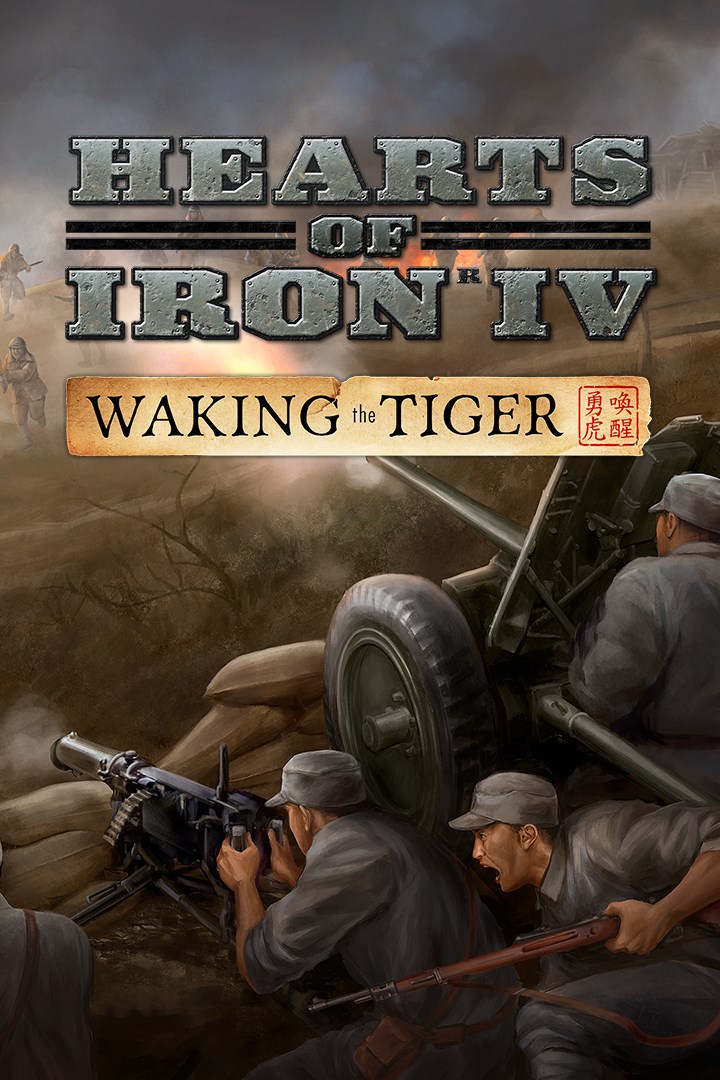 If that feature list seems huge compared to the previous two expansions, that’s because it is. Waking the Tiger is definitely the most value you can get for your money of the currently available Hearts of Iron 4 DLCs. It’s the first expansion that really feels like a Paradox expansion in how much it changes things up. The Chinese focus trees aren’t all great - for instance, a lot of the interesting power struggle stuff for China becomes irrelevant 90 percent of the time since the United Front must either band together or get absolutely demolished by Japan.

Border Conflicts, especially, seem like a rushed feature that doesn’t always behave in logical or predictable ways. The new options for Japan and Germany are a lot of fun, though. The new unit models and Acclimatization system bring even more realism and some unique strategic concerns - you don’t want to train troops you plan to send to North Africa in the mountains of Montana, for example.

Hearts of Iron 4: Man the Guns

It's a pretty definitive 'yes', although the caveat is if you typically avoid big naval powers or generally don't play the nations that are getting the most improvements here, then you may struggle to get much out of this. Outside of that though, while it doesn't offer as many features as Waking the Tiger added, these features have a lot more impact and take better advantage of the changes that have come as part of the 1.6 Ironclad update (namely, the addition of Fuel and the overhaul of naval combat mechanics).

Being able to design ships, refit and all of the other little naval goodies completely revolutionises the naval game, where-as the Government-in-Exile mechanic is crucial if you like play nations that typically can get steam-rolled by larger powers. The new focus trees, while a bit complex to navigate, also bring the four targeted nations to up to the same level of flexibility nations like Japan, Germany and the Balkan nations. Overall, this is either tied, or a very close second, in terms of value, and the only real deciding factor is how much you enjoy the naval aspects of WW2.

This one is less certain than previous expansions. It's not that it's a 'bad' expansion, but the new features are less ground-breaking and/or have less of an impact than what's come before. If you're interested in the Iberian peninsular and playing a more fleshed out Spanish Civil War (either as one of the Spanish factions, or as someone like Portugal) then this is a must-have. If you don't care though, the new SCW potential can still trigger without the DLC, adding another tool to the sandbox. The new units fill interesting little niches we didn't know were there, and the Intel system is a bit more interesting now.

But things like Espionage and the new 'agencies' don't pack as much punch as we might have expected. I guess they couldn't have designed this system to be too powerful as it might upset the game for non-buyers, but as it stands it's a fun system to play around with, but it's not game-changing. Or even war-winning, although we've yet to explore that fully. France gets some unexpected love here as well, and the free 1.9 Husky patch improves the way garrisons and resistances work.

Hearts of Iron 4: Battle for the Bosporus

This is a very specific offering, and an attempt by Paradox to bring back the 'Country Pack' idea that was started with Death and Dishonor. If you care about Greece, Bulgaria or Turkey, then this pack is aimed at giving you a more complete experience with dedicated new national focus trees and some new 3D models.

It literally as no other content for any other nation, so if you're not that bothered living out a 'nu-Ottoman' fantasy, then feel free to skip. According to the dev team though, Turkey was the most requests minor nation that everyone wanted to see get a new focus tree, so we dare say that some of you may be interested at least.

Hearts of Iron 4 Next DLC

The next DLC for Hearts of Iron 4 is currently unknown. We suspect the next major expansion is likely to cover the Soviet Union in some form. According to the rough HOI4 roadmap that was updated in April 2020, along with Italy and Poland the Soviet Union is one of the last 'core' nations to receive any kind of special attention or overhaul.

When we spoke to Dan Lind at PDXCon 2019, he mentioned that many of the changes that came with La Resistance were needed before a full 'Eastern Front' rework could be considered. Tackling Poland and the Soviet Union in a new expansion seems likely.

According to this dev diary, the studio were working on two patches simultaneously - 1.10 'Collie' and 1.11 'Barbarossa'. The former was released in October 2020 alongside the Battle for the Bosporus DLC pack. Unless it's one massive red herring, we reckon the new expansion will drop at the same time as the 1.11 patch, and it will themed (at least partly) on the Soviet Union and the eastern front.

A total of 35 new songs spread across three faction specific radio channels, each with their own unique look and design.

The music in HOI4 is already quite good, but if you were looking to double-down on this side of things then there are worse things to spend your money on.

Another audio pack, this DLC contains around 70 minutes worth of speeches, spread across 13 specific excepts, recreating famous addresses given during the time period. These includes notables such as Neville Chamberlain's 'Peace in our Time', Churchill's 'We will fight them on the beaches' and even MacArthur's 'I have returned'.

If you're a history buff who already knows about these famous lines, then it might be a nice value add to have them playing while you're playing the game. If you're not that bothered this essentially becomes more background noise, and not even the musical kind.

This is pack aimed at a very specific set of WW2 enthusiasts. If you're one of them, you probably already have this but this is basically just a cosmetic pack that adds in new skins for specific types of vehicles. Depending on your Division composition you might not even see most of them.

This pack was released in June 2020 and is essentially meant to be a sequel to the Axis-themed armor pack. It's worth nothing this pack also includes unit skins that were previously available as part of the Colonel Edition, below which may reduce its value depending on whether you already have that or not. There's not as much interest in Allied armor models as there is Axis, but it does add another layer of authenticity. 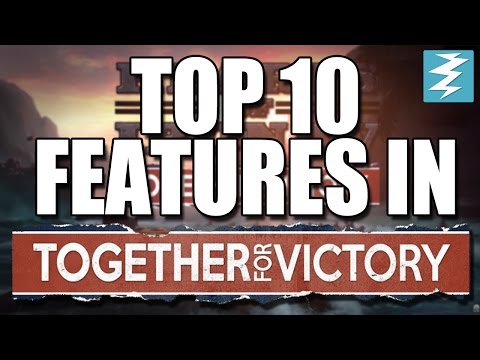 Make sure you check all our DLC Buying Guides regularly, especially after a major DLC release or around a major sales event. We'll always keep these up-to-date so you're fully informed as to what to buy.

Hearts of Iron 4's up-and-coming Cold War mod has a lot of potential, but doesn't yet manage to wholly capture the era

Hearts of Iron 4’s next DLC releases next month and will focus on Turkey, Bulgaria and Greece

Hearts of Iron 4 Dev Diaries have returned, and so has ‘Country Pack’ DLCs

Expansion - Hearts Of Iron Iv: Together For Victory Crackers

Expansion - Hearts Of Iron Iv: Together For Victory Cracks

Expansion - Hearts Of Iron Iv: Together For Victory Cracker

The Best War Board Games