'The Buffalo' is a bonus track found on the Japanese release of the album 'Through the Devil Softly' by Hope Sandoval & The Warm Inventions, released in Japa. HopeSandoval.com:: The Official Website of Hope Sandoval home. what's new?. bio. faq. music. discography. lyrics press. merchandise. links. sitemap/search. about. contact.

'I'm Less Here' is a stand-alone single released by alternative rock band Mazzy Star for Record Store Day 2014, and was the band's first release of new material since their previous album, Seasons of Your Day. The track had previously been performed live under the name 'It Speaks of Distance,' with its first known performance dating back to March 1994.[1][2] The A-side was backed by another previously unreleased song, titled 'Things'. The day before the single's release, the band posted a music video for the track on their official Vevo account.[3]

'I'm Less Here' is the first Record Store Day release issued by Mazzy Star. The single was pressed on coke bottle-clear 7' vinyl and was limited to 3,000 copies worldwide.[4] In the United States, 'I'm Less Here' was listed as a 'Record Store Day First'; it was exclusive to independent retailers on the day of release, and was made available to other retailers at a later date.[5] The single was released as a digital download worldwide on May 20, 2014.

First single from the new Mazzy Star album 'Seasons of Your Day' Directed by M.Z. Production Credits: Barry Bodecker Ellen Ane Eggen Hedi Raikamo Editor: Gar. In anticipation of their new album, Seasons of Your Day-which is set for a Sept. 24 release-we've counted down some of our favorite songs from Hope Sandoval and David Roback. 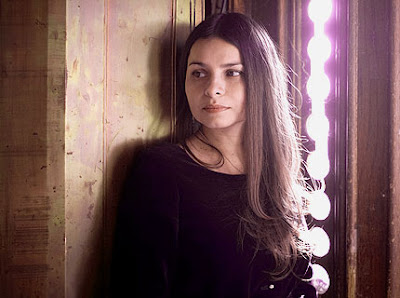