Embark on an epic seafaring journey across the Sword Coast.

Neverwinter Nights: Pirates of the Sword Coast is a swashbuckling Dungeons & Dragons journey on the high seas. Experience multiple endings, cunning henchmen, and a rollicking tale of woe!

Return to the Forgotten Realms in this bestselling Dungeons & Dragons roleplaying game. Combines all the content of Neverwinter Nights Diamond Edition with all-new enhanced features.

Fight your way through the winding warrens of Undermountain, the greatest dungeon in the Forgotten Realms!

Embark on an epic seafaring journey across the Sword Coast.

All original tracks composed for Neverwinter Nights, Shadows of Undrentide, and Hordes of the Underdark plus bonus tracks! 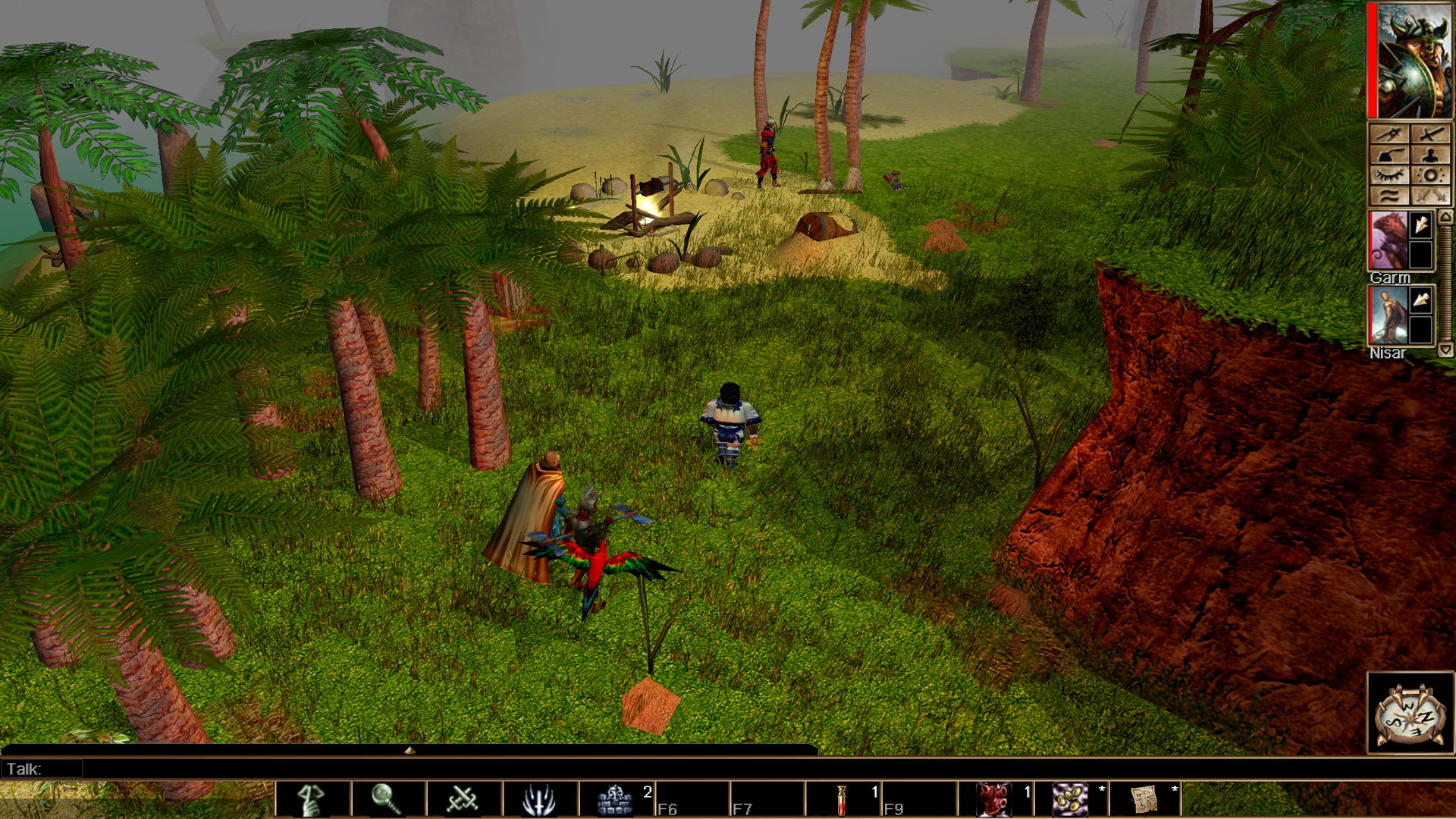 Nwn Pirates Of The Sword Coast Experience the inspiring original soundtrack for Darkness over Daggerford composed by David John and Mark Braga. All seventeen tracks are provided in both MP3 (320 kbit) and lossless FLAC format, for your listening pleasure.

Neverwinter Nights: Tyrants of the Moonsea

Developed by Ossian Studios and based on the original module by Luke Scull, Tyrants of the Moonsea vastly expands this former premium module by adding 70% more story and gameplay, as well as a large amount of new art and audio content.

The inspiring original soundtrack for Tyrants of the Moonsea composed by Mark Braga, Kalen Smith, and Will Musser.

Show all 12 items included in this bundle

As a sailor aboard the Midnight Rose merchant ship, you’ve stopped in the city of Neverwinter to gather supplies before a long trip south. A most peculiar course of events follows, slowly unraveling a plot of whale-sized proportions.

Neverwinter Nights: Pirates of the Sword Coast is a premium module for the computer game Neverwinter Nights that features sea-voyaging, pirate-style, swashbuckling adventure. As of December 2009 Atari owns the rights to the module, which is not available for purchase.

The module is set in Forgotten Realms. The player takes the role of a character who is employed by Captain Allendry as part crew member and part passenger aboard the Midnight Rose. The adventure is intimately bound up with the sea and redolent with piratical artifacts and references, such as swashbuckling items, treasure maps, navigational instruments and a talking parrot who will not leave you alone. It also features adventures with undead pirates, underwater adventures, and a lengthy episode where the player is marooned on a wild island. The game featured: 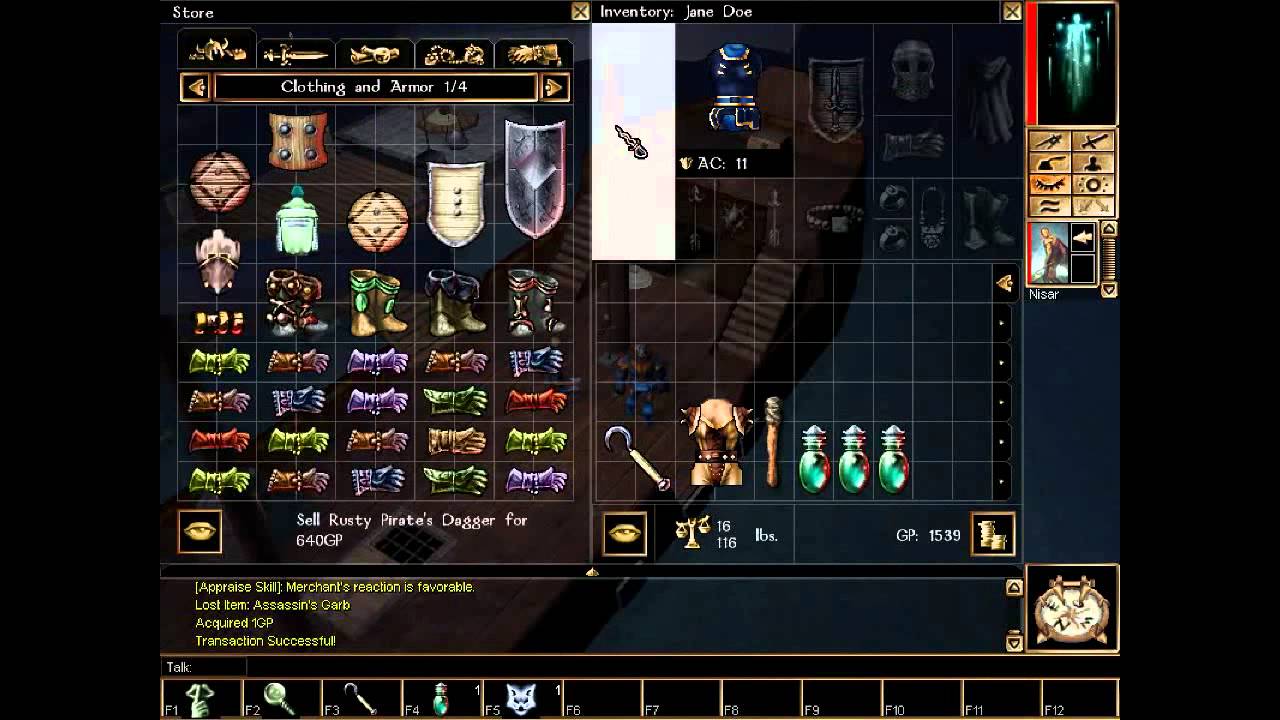 After some initial events in the dock region of Neverwinter the plot focuses around an attempt by a misguided priestess of the evil sea goddess Umberlee, Tasina Alcrest, to unleash her patron through the use of a mysterious statue. The priestess in question is a passenger aboard the Midnight Rose and when she discovers that the artifact is in the hands of a wizard who is also aboard she uses her powers to capture the ship and slaughter the crew. At this point the Sorcerer/Barbarian henchman Nisar is lost, presumably perishing at the hands of summoned sahuagin, divine magic or the hunger of the sea.

Due to aid the PC gave to the priestess earlier he/she is marooned rather than killed. Thus she/he loses all of his/her equipment and must scavenge what supplies they can, construct equipment and then find a way to reach the inhabited area of the island. The island is peopled by a tribe of troglodytes and an insane inventor who is using illusions to protect his cave from the trogs. The Troglodytes were recently converted to the worship of Umberlee and have abandoned their nameless old gods. Through a mixture of negotiation and/or battle with these characters the PC is able to have a raft constructed and escape the island, regaining all of her/his equipment from the Troglodyte king in the process. During these negotiations the PC is captured by the Troglodytes and must fight their champion Garm or die, success means that Garm surrenders utterly, accords the PC the dubious title of 'Eater of Garm' and serves as a faithful henchman until the PC chooses to eat him, (not something any character is prepared to do).

Having set off on the raft the PC arrives in an independent port town that is ruled by an ex-pirate and populated mostly by still-pirates, it also contains Nisar who actually survived the battle and gladly rejoins the PC. The captured Midnight Rose is docked here as well and the PC must gather a crew in order to take her back and defeat the priestess. Having recruited a crew the PC confronts the priestess in the temple of Umberlee but is unable to prevent her from escaping on the Rose.

The PC and crew pursue their ship by joining forces with an unsavory captain and his skeletal companion. However, the captain insists that they cannot proceed until a certain artifact has been retrieved from an obscure island. The captain's servant in turn secretly offers a strange item and a mysterious warning. It turns out that the island and its puzzle are a trap used by the captain in order to allow him to complete a necromantic ritual which turns the PC and all their companions into undead, (thus creating a useful source of cheap and loyal labor). Fortunately the mysterious item somehow allows the PC to avoid the treacherous captain's control and kill him. Thus the crew, while remaining undead, will regain their free will and are able to continue their quest.

The final part of the module sees the PC meeting the ghost of Allendry, (he demands revenge for his death), searching the abandoned Rose and venturing beneath the sea, (the area beneath the sea is referred to as 'Fiddler's Green'). Once beneath the sea the PC meets a young dragon who explains that the PC must stop Umberlee's plan by destroying her two aspects, the humanoid and the kraken like Dweller. The dragon also pleads for the lives of the priestess and her entourage; he claims that they are not evil but are in fact being manipulated by their patron. The PC then enters the underwater temple of Umberlee and confronts the priestess Tasina Alcrest for the final time. The outcome and aftermath depend upon the player's preferences and possibly on how they have acted towards the priestess throughout the adventure. If the player shows hostility towards the priestess, he has to fight her in the hag form. If the player wanted to help the priestess realize the Umberlee's evil nature, he fights against the Umberlee humanoid aspect: a giant female with trident.