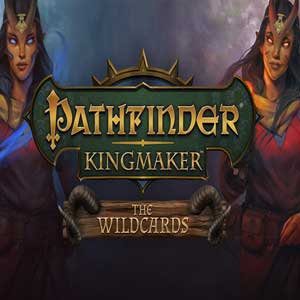 Owlcat Games’ Pathfinder: Kingmaker didn’t have a tremendous impact when it launched in October. The fact that it had its share of issues also didn’t help, but the developer has been working to improve performance and clean up bugs. Recently, it announced that three expansions would be coming to the RPG, with the first, The Wildcards, set to arrive on December 6th.

The Wildcards brings the Tieflings, a new playable race, and the Kineticists, a new playable class to play around with. A new companion who’s a Tiefling Kineticist will also be available, and is a romance option with her own quest. The first expansion can be purchased standalone, but doesn’t currently have a price.

The second expansion is Varnhold’s Lot, which is the meatiest of all three, and releases in February 2019. It’s about 6 to 12 hours long and focuses on Maegar Varn’s trials as he establishes Varnhold. The expansion will take into account the choices made in the main story. Finally, there’s Beneath The Stolen Lands. The third expansion is a new game mode: a rogue-like randomly-generated endless dungeon, complete with a boss fight.

You can explore it in a new game or via your main campaign when it releases in April 2019. If you’re interested in getting all three expansions, the Season Pass is available for $25 on Steam.