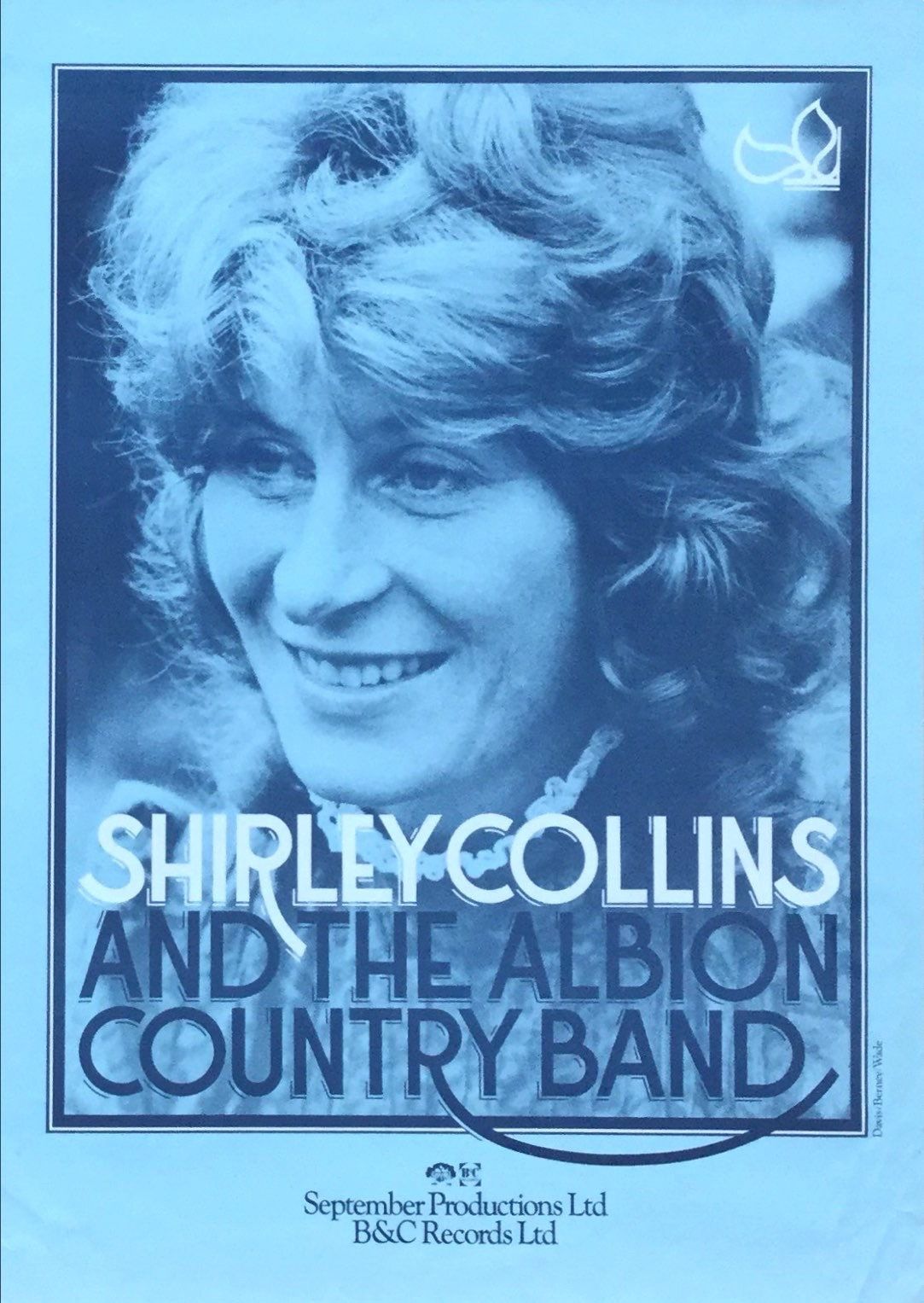 Shirley Collins - legendary folk singer and one of England's most respected song collectors - has announced her return to recording after 38 years. With new album Lodestar, Shirley has created the unlikeliest release of the century so far. Lodestar is a collection of English, American and Cajun songs dating from the 16th Century to the 1950s, recorded at Shirley's home in Lewes by Stephen Thrower and Ossian Brown of Cyclobe and produced and musically directed by Ian Kearey. The first track to be shared from Lodestar is 'Cruel Lincoln'. Shirley explains the history of the song: 'This is an ancient ballad, found only rarely in England. The theory is that Cruel Lincoln was a mason who was not paid for the work he did for 'the Lord of the Manor' and so extracted a terrible revenge'. It also features bird song recorded at the back of Shirley's cottage. Born in Hastings in 1935, Shirley was fascinated by folk songs as she was growing up, songs she heard on the radio or sung by her grandparents in Anderson shelters. She left home for London to immerse herself in the burgeoning folk scene; at a party held by Ewan MacColl she met Alan Lomax, and in 1959 she joined him in the USA on the renowned field trip 'Southern Journey', recording American folk songs and blues, a formative journey for her personally and professionally. On her return to England, Shirley cemented her role at the forefront of the Folk Revival, recording over a dozen albums including the influential Folk Roots, New Routes with avant-garde guitarist Davy Graham, and No Roses, from which The Albion Country Band was formed. However, in the 1980s, Shirley lost her singing voice - later diagnosed as a form of dysphonia - and withdrew from performing live. It was only in 2014, after coaxing from David Tibet (Current 93), that Shirley sang in public for the first time since 1982. Though Shirley Collins (MBE) has been absent from the music scene for many years, her impact has not diminished, the likes of Graham Coxon, Jonny Greenwood, Stewart Lee and Angel Olsen laud her and a documentary The Ballad of Shirley Collins is currently in progress. Additionally, she was given the 'Good Tradition' award at the BBC Radio 2 Folk Awards in 2008, elected President of the English Folk Dance & Song Society in the same year and was awarded an Honorary Doctorate in Music from Sussex University this year. Shirley released her first memoir, America Over the Water, in 2004 and is currently working on her second book. Now Shirley Collins has sung once more (with a mischievous delight in defeating expectation), the accepted canon of her great recordings will have to be comprehensively recalibrated, yet again. 'Shirley is a time traveller, a conduit for essential human aches, one of the greatest artists who ever lived, and yet utterly humble' Stewart Lee
Tracks:
01. Shirley Collins - Awake Awake / The Split Ash Tree / May Carol / Southover (11:10)
02. Shirley Collins - The Banks Of Green Willow (3:19)
03. Shirley Collins - Cruel Lincoln (3:31)
04. Shirley Collins - Washed Ashore (2:57)
05. Shirley Collins - Death & The Lady (4:46)
06. Shirley Collins - Pretty Polly (4:17)
07. Shirley Collins - Old Johnny Buckle (1:43)
08. Shirley Collins - Sur Le Borde De L'Eau (3:54)
09. Shirley Collins - The Rich Irish Lady / Jeff Sturgeon (5:59)
10. Shirley Collins - The Silver Swan (1:26)
download скачать links: