Total War: WARHAMMER II - The Queen & The Crone For Mac

The World of Total War: WARHAMMER II Millennia ago, besieged by a Chaos invasion, a conclave of High Elf mages forged a vast, arcane vortex. Its purpose was to draw the Winds of Magic from the world as a sinkhole drains an ocean, and blast the Daemonic hordes back to the Realm of Chaos.

Alarielle and Hellebron will herald the new DLC for Total War: Warhammer II, which will release alongside Alith Anar as a free DLC and more.

Check out the latest trailer for Queen and the Crone. Throughout the lands of Avelorn, the very presence of Everqueen Alarielle brings great joy and tranquil. Total War: Warhammer II - The Queen and The Crone EU Requires the base game Total War: Warhammer II on Steam in order to play. This is a restricted product and it can be activated and played ONLY in Europe. On Plati.market you can buy an Total War: WARHAMMER II - The Queen & The Crone (DLC) and it will cost 2.81$ or 2.65€.

If you have any familiarity with the Warhammer lore, you’ll probably know that this means that it’ll be focused on the High Elven everqueen Alarielle, and the Dark Elven crone Hellebron, leading respectively the Avelorn and Har Ganeth factions.

Total War Warhammer Ii The Queen And The Crone

The DLC will be fully integrated with both the Vortex and Mortal Empires campaigns and will bring new units, campaign mechanics, and sixteen regiments of renown.

On top of the paid DLC, we’re also getting a free one with a third legendary lord, Alith Anar of Nagarythe. Maybe with his introduction, I won’t have to sail all the way from Bretonnia to save the pointy-ears anymore in my Mortal Empires campaigns.

And that’s not all, as a free update will also come bringing a lot of tweaks, and the long-awaited support in Mortal Empires of the Norsca DLC for the first game, and of the free 30th Anniversary Regiments of Renown pack.

All these goodies will be released on May 31st.

Total War: Warhammer II is currently available exclusively for PC. If you’re interested in the game, you can also check out the previous expansion, focusing on the Tomb Kings.

The Bolt-fiends (Darkshards - Shields) is a Dark Elves unit in Total War: Warhammer II's downloadable content, The Queen and the Crone. A bolt in the eye is a terrible way to die, and the calling card of the Bolt-fiends.

Many Dark Elves forsake melee weapons in favour of delivering death from afar. Armed with repeater crossbows — magazine-fed weapons capable of unleashing blistering hails of bolts — these Darkshards can take positions at the rear of the battlefield firing storms of iron-tipped bolts, against approaching foes, or move forwards to weaken the enemy line with a withering volley before the Dark Elf attack charges home. Though often scorned by other warriors for their distaste of close quarters battle, the Darkshards are unflinchingly proud of their marksmanship and are certainly no less cruel than their fellows. It is not uncommon for a Darkshard to forgo a killing strike to eye or heart in favour of a gut shot or other debilitating blow which, while ultimately so less lethal, guarantees that the enemy's last moments will be spent in mewling agony. 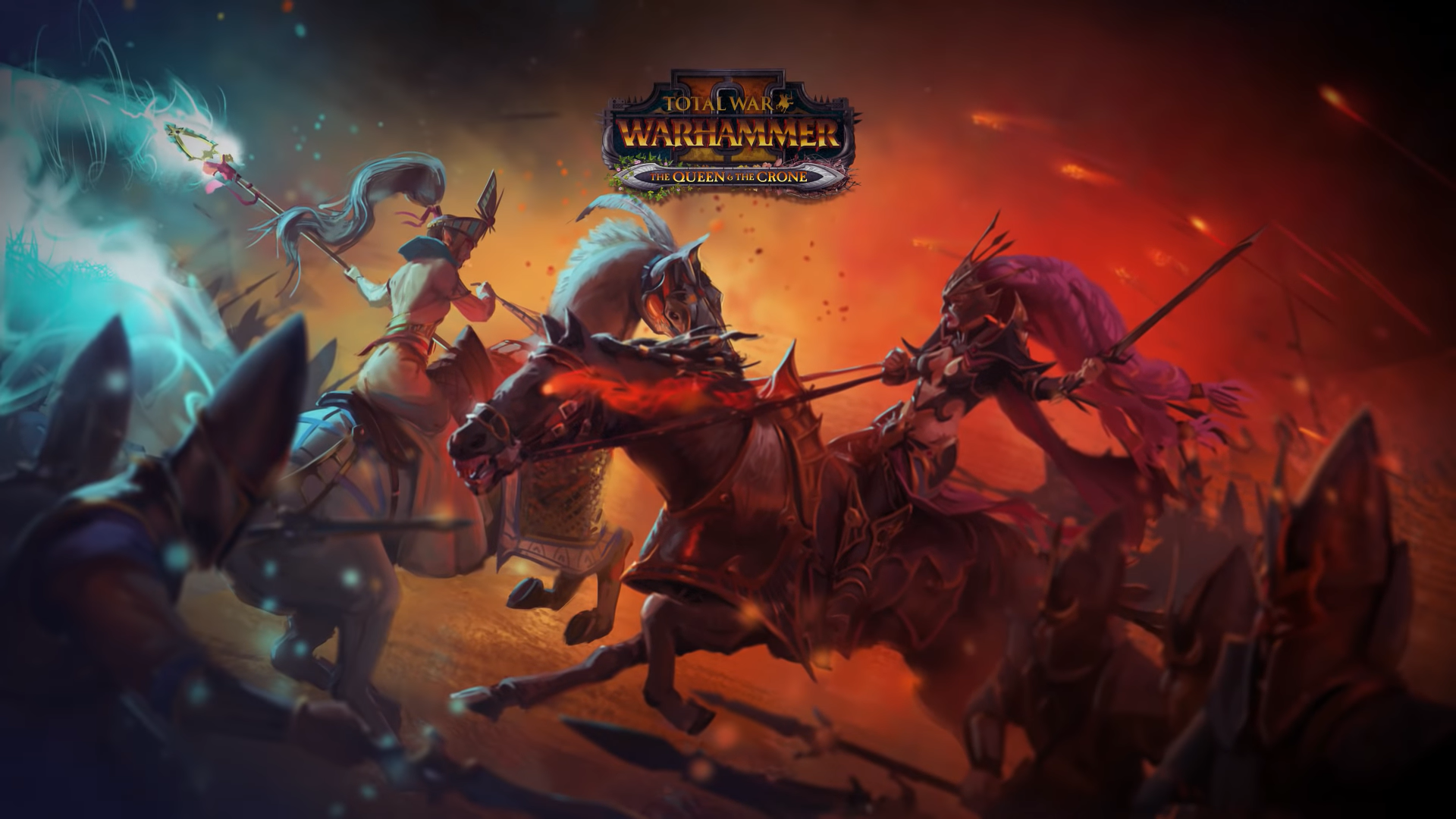 This unit is ideal for dueling archer units. While their shields protect them from enemy missiles, their shots diminish enemy shields. This allows them to comfortably win most ranged battles. This also helps shred infantry or cavalry that may be relying on shields to block missile damage. 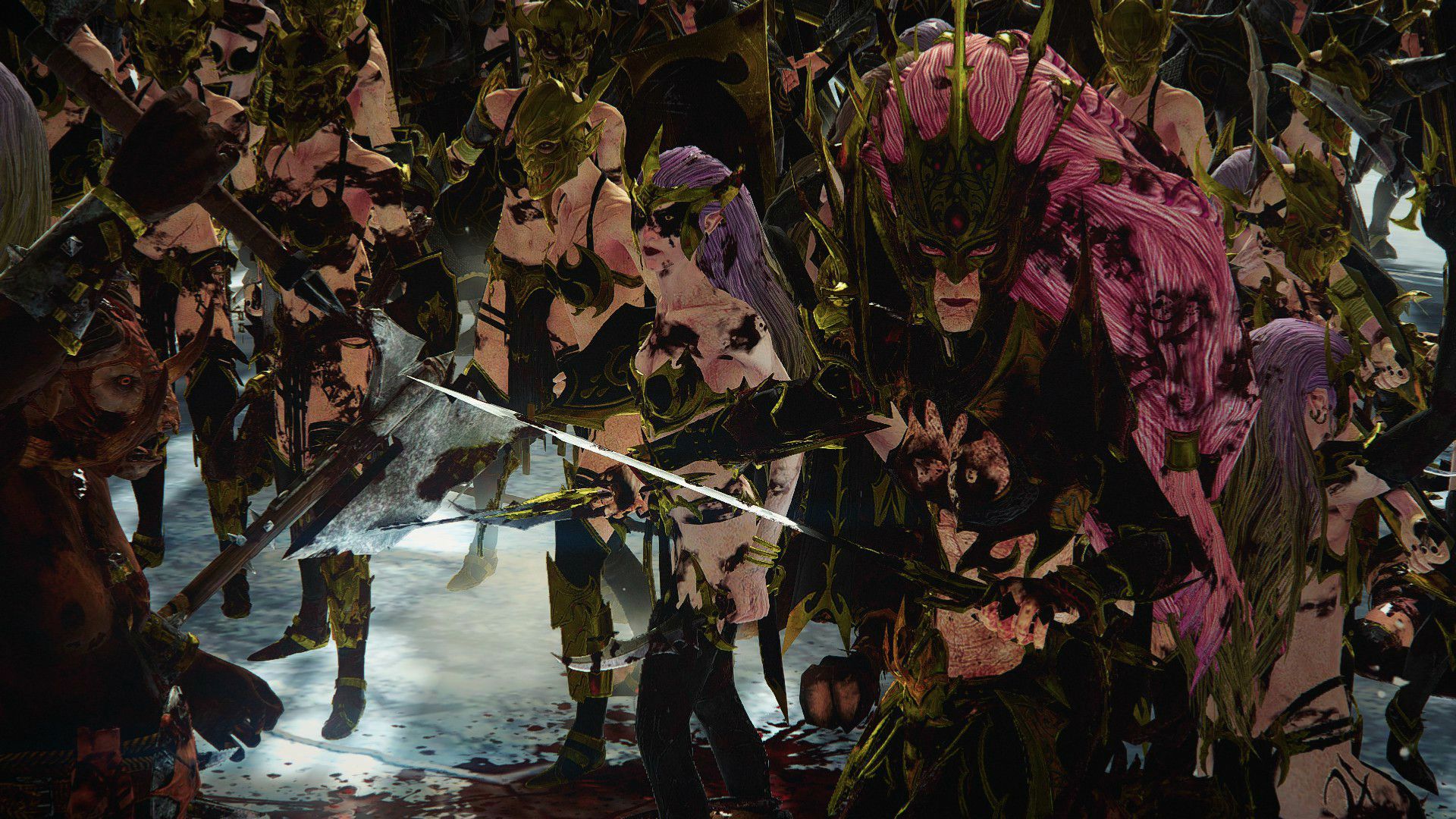