Total War: WARHAMMER II - The Shadow & The Blade For Mac

Deathmaster Snikch. The Skaven's most devious mastermind. Of all the Clan Eshin assassins thought to be scattered across the Skaven’s subterranean strongholds and within the cities of the surface-dwellers, the one known as Deathmaster Snikch is truly a most dreaded figure of speculation.

It’s the end of the year, and Total Warhammer II’s latest (not last) DLC is in town. A Lord Pack following the now familiar structure of two legendary lords/factions from different races and a myriad of new units, The Shadow & The Blade brings the Dark Elf Malus Darkblade and the Skaven Deathmaster Snikch to the world of Total War: Warhammer II. 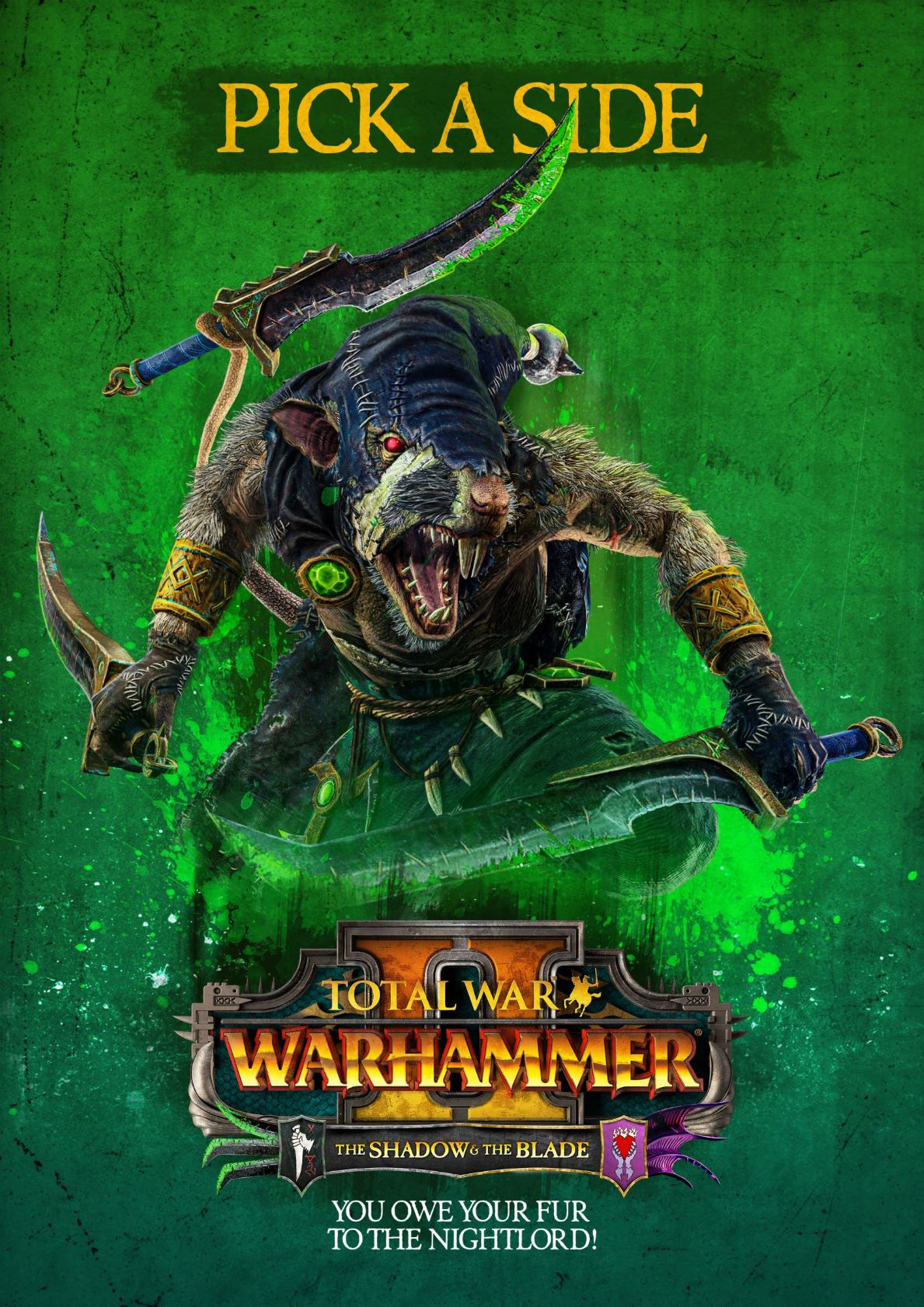 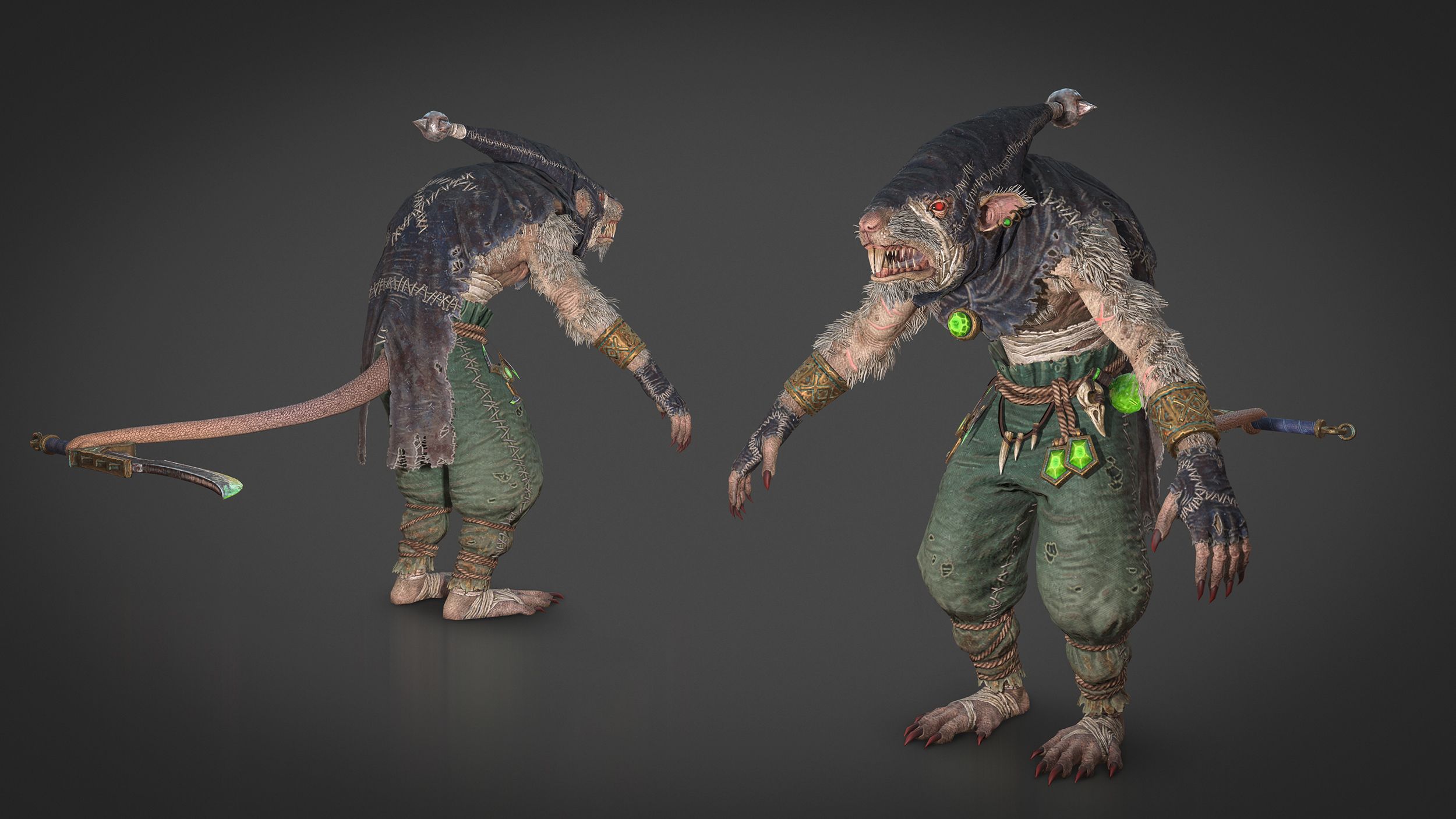 Playable in both Eye of the Vortex and Mortal Empire campaigns, the new lords bring with them new units and regiments of renown, as well as unique campaign mechanics that continue Creative Assembly’s great decision to differentiate factions as much as possible.

On the Druchii side, we got Malus Darkblade -- Dark Elven Dreadlord and host to the Daemon Drinker of Worlds Tz’arkan. Locked in the same body against their will, the elf and the Daemon constantly struggle with each other for control of the vessel.

Every turn, Tz’arkan’s influence grows, increasing Malus’ strength in battle in return for sapping the confidence of his generals and wrestling his control of his own body. In order to keep the possession in check, Malus must drink an elixir supplied by Malekith -- an elixir which increases in cost with each dose, and whose recipe will only be granted by the Witch King if Malus helps him on his quest to corrupt the Vortex (don’t worry, you don’t have to race against time like in that horrible ritual rubbish from the base game).

Tz’arkan, being a demon, also constantly whispers acts of cruelty and slaughter to Malus, which take the form of missions the player can undertake. These missions increase Darkblade’s possession, but give out obscene rewards ranging from thousands of gold coins to unique items, which severely encourage you to take them. Once the Daemon’s possession reaches its max level, the Druchii Dreadlord can cede control to transform mid-battle into a vastly more powerful version, constantly losing health as the battle goes on. 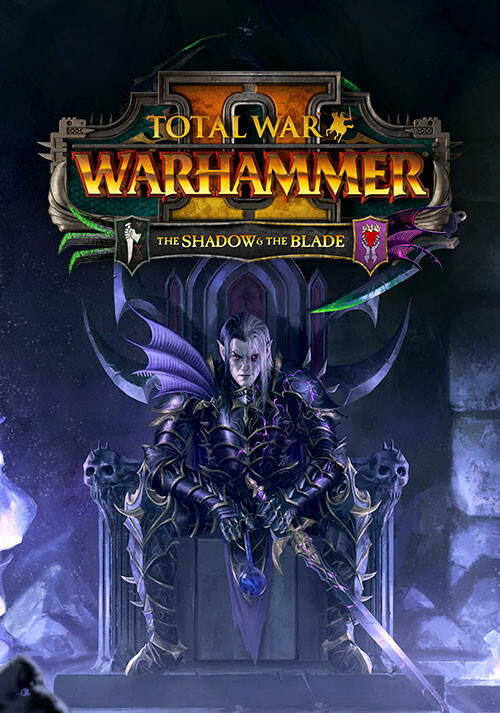 While Malus by itself is a mostly unremarkable Lord, Tz’arkan is a powerhouse. The demon version paints the Dark Elf in glowing purple power lines and goes to town on anyone that even thinks about standing in its way. Much like Tyrion and his Sunfang, Tz’arkan periodically mixes even special power attacks during his normal attack animations, carving corridors among enemy lines with a special wave strike or unleashing explosions that send dozens of enemy soldiers flailing through the air. The first time I watched him, I got serious flashbacks to Sauron’s performance during The Lord of the Rings’ Siege of Barad-dûr.

That battle performance is one of the upsides of the Daemon possession, acting in a similar manner to the Sword of Khaine effects but without many of the downsides. The Possession mechanic seems weirdly balanced, giving Malus’ armies a penalty to attack if he is in control of himself while giving loyalty penalties to generals when Tz’arkan reigns supreme; at the moment, the obvious optimal strategy is to keep Malus at medium and high possession (giving him 5 to 10% Ward save and zero penalties) and ticking that possession over to max for a few turns to kick some serious ass, before taking an elixir to lower it down again.

One interesting aspect of the Dark Elf campaign is that it gives you a campaign start choice -- something I imagine will become more common in future Total War games. Darkblade starts his campaign on a Black Ark expedition in the south-east of the world, far from his own city of Hag Graef. Early in the campaign, a dilemma pops up involving an offer from a rival Dreadlord to take control of Hag Graef in exchange for 20,000 gold, allowing Malus to give the city up for a vast sum of money upfront, or keep control of the city to fund the expedition in exchange of keeping it safe and functional. It’s an interesting idea, allowing players to tailor their initial hours -- arguably the most interesting and exciting ones -- and I hope it becomes more common as a feature moving forward.

The Skaven, however, are a bit more plain. Deathmaster Snikch of Clan Eshin is the ratmen’s greatest assassin, and is sent down to track down Tz’arkan and steal his power for the Council of Thirteen. His unique features are less battle-based and more campaign-focused, comprising the unique relationship between the great Skaven clans and the influence this assassin house has.

On one hand, Clan Eshin’s prowess allows them to perform “Shadowy Dealings” -- acts of subterfuge in the campaign map similar to those undertaken by agents/heroes, but which happen instantly with a 100% chance of success. These acts run the gamut from your typical sabotage, theft, and assassination to rebellions, spying, and even the destruction of whole cities, but require “schemes” -- a resource that regenerates every 5 turns -- to balance them out (as well as a high-enough level character). 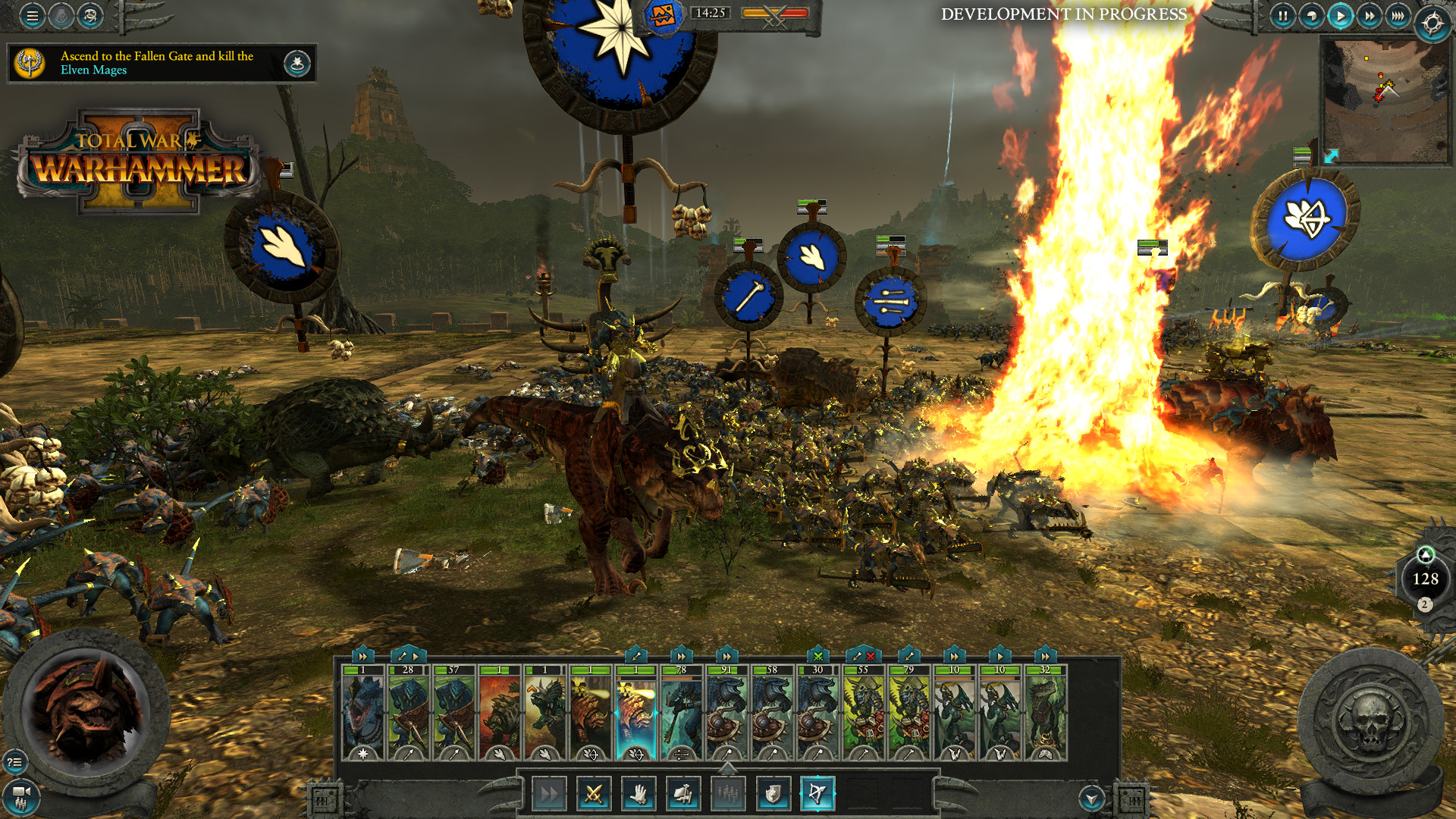 Building on top of that preposterous efficiency, Clan Eshin markets their services to the other Skaven houses in the form of the Greater Clan Contracts -- special requests that pop-up every few turns after the Council convenes, and which often involve one mission from at least one of the four Greater Clans. Undertaking them bring fame and fortune (and food), increasing the standing of Clan Eshin and allowing you to buy special units at vastly reduced prices and upkeep.

Continuing the assassination theme, the new Skaven faction’s heroes are the new Master Assassin Lord and Eshin Sorcerer, the later of which uses the new Lore of Stealth to influence the battlefield via buffs and debuffs. The Master Assassin, like Deathmaster Snikch, is able to vanguard deploy and use Concealment Bombs to make itself hidden, but they like the Deathmaster’s Weeping Blades which instantly reduce their target’s armour by 50%.

In terms of units, The Shadow & The Blade is rather varied, adding both regular new units and their Regiment of Renown variations. The Skaven come packed with Eshin Triads, Poisoned-Wind Mortars, and Warp-Grinder Weapon Teams: a front-line middle-term between Clanrats and Stormvermins, and mortar that fires poison gas bombs, and a drill-armed unit capable of Taking down people and walls alike. Meanwhile, the Dark Elves have the harpoon-equipped Scourgerunner Chariot, the giant ranged monster Bloodwrack Medusa (they cause terror instead of turning people to stone), and the siege-weapon Bloodwrack Shrine. The Druchii also get a High Beastmaster Lord and a Master Hero, but they are little more than specialised units for anti-large and anti-infantry, respectively.

With everything from a Daemon-possessed Dreadlord to a Regiment of Renown mortar that has airburst poison shells, this DLC is surprisingly interesting. I'm definitely not a Dark Elf nor Skaven fan, but the new mechanics are good enough to keep me engaged for the duration and make me seriously consider a replay. Warhammer 2's latest DLCs have often been way more 'hit' than 'miss', and The Shadow & The Blade is no exception.