The #1 rated strategy board game gets its first expansion!
Twilight Struggle: Turn Zero is a new mini-expansion that lets players explore alternate starting situations for the two superpowers. What if Chiang's forces had held on in southern China? What if Churchill's Tories had won re-election in 1945? And what if the Western Allies had crossed the bridge too far, and reached Berlin first? These and other possibilities that alter the opening setup in Twilight Struggle are now open to players. Both seasoned veterans and new arrivals will enjoy the many new plays and dilemmas introduced here for the first time. The expansion release includes:
* Turn Zero Scenario
* Promo Packs 1 and 2 (8 cards)
* Alternate Space Rack Track
* Collector’s Edition Card Art
'Now the trumpet summons us again, not as a call to bear arms, though arms we need; not as a call to battle, though embattled we are – but a call to bear the burden of a long twilight struggle...' – President John F. Kennedy
HISTORY IN THE MAKING
Twilight Struggle puts the player at the center of the Cold War, the political and economic struggle between the U.S. and the U.S.S.R that spanned 5 decades from the 1950's to the 1990's. Designed by award winning creators Ananda Gupta and Jason Matthews, players control one of the two modern superpowers, as they work to spread their dominance throughout the world via political influence and coup attempts. But if either side triggers nuclear war, it's game over!
CARD BASED EVENTS
The event cards in the game are based on actual historical events from the Cold War era. Through the playing of these events, players exert their superpower's influence as they attempt to gain allies and regional control of the globe. From the early days of De-Stalinization, to the Cuban Missile Crisis, the Vietnam War and beyond, players are immersed in the actual events of the struggle between these two nations to be the dominant superpower in the world!
IMMERSIVE STRATEGY
Hone your skill and strategy as a world leader against an A.I. opponent, and then take your game global with matches against other players via asynchronous online game play.
FEATURES
•A.I. Opponent
•In-game Tutorial
•Pass-and-Play Multiplayer
•Asynchronous or Real-time Online Play
•Invite Playdek Friends
•Online Profile and Stats
•Customized Online Game Clock
•Player Rating System
'As a strategy game, Twilight Struggle is a revelation.' - PC Gamer
'...every strategy gamer should play Twilight Struggle without fail: it's just that good.' - Pocket Tactics
AWARDS
2012 Ludoteca Ideale Winner
2011 Lucca Games Best Boardgame for Experts
2006 International Gamers Awards - Historical Simulation
2006 International Gamers Awards - General Strategy; Two-players
2006 Golden Geek Best Wargame Winner
2006 Golden Geek Best 2-Player Board Game Winner
2005 James F. Dunnigan Award Winner
2005 Charles S. Roberts Best Modern Era Boardgame Winner
*AN INTERNET CONNECTION AND PLAYDEK ACCOUNT ARE REQUIRED FOR ONLINE PLAY.*
Per our Terms of Service, you must be 13 years old or older to use the Playdek online games service.
For Twilight Struggle game support, please contact: [email protected] 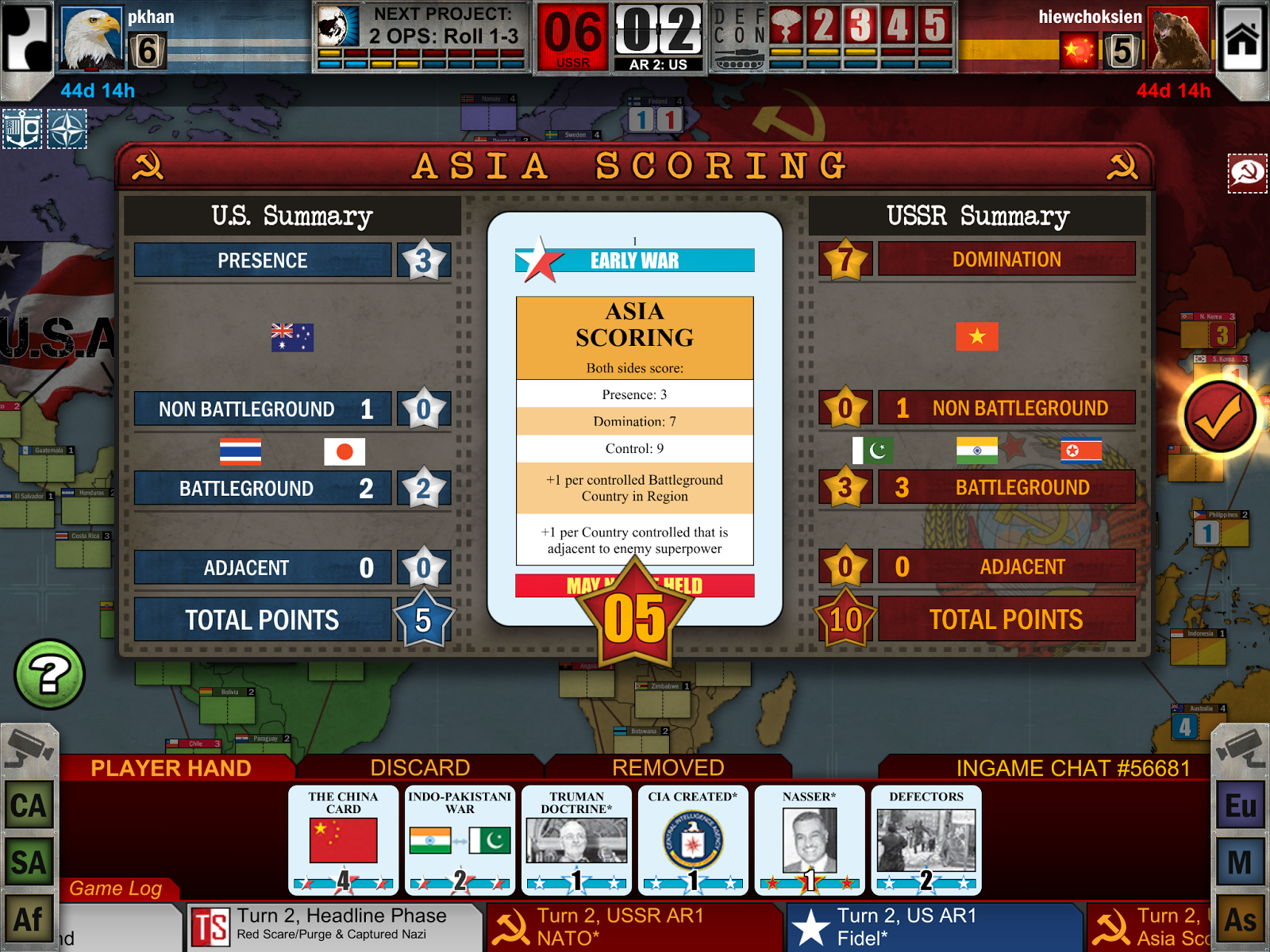 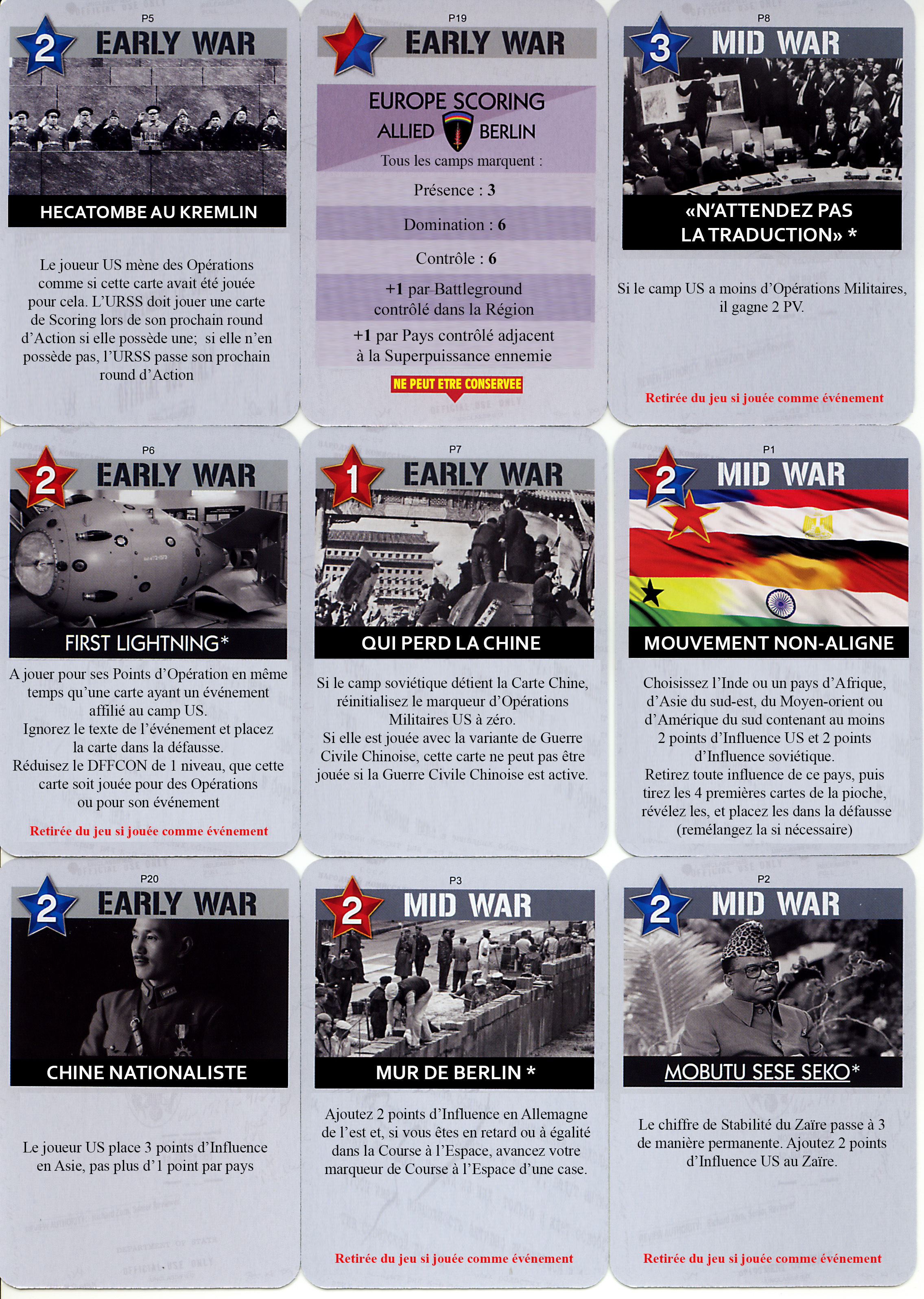 End of History- Unofficial Promo Cards / Mini Expansion. I've been involved in the Twilight Struggle community for a little over a year now. I've gotten better at the game thanks to RTSL and other friendly games, and most importantly, I've had a long time to reflect on how to make better cards (My first outing, Military Advisors, was a bit of a. The Turn Zero expansion adds twelve new cards and a new starting point for Twilight Struggle. Also included in the expansion pack are rules for a new Optional Space Race Track, to add variability to your Twilight Struggle experience. See the Wiki page below for a full description of the contents.