The Wargame series returns to duty, larger, richer and more spectacular than ever before. In Wargame Red Dragon, you are engaged in a large-scale conflict where Western forces clash against the Communist bloc. /1991: the two blocs confront each other in a new theater of war, Asia. 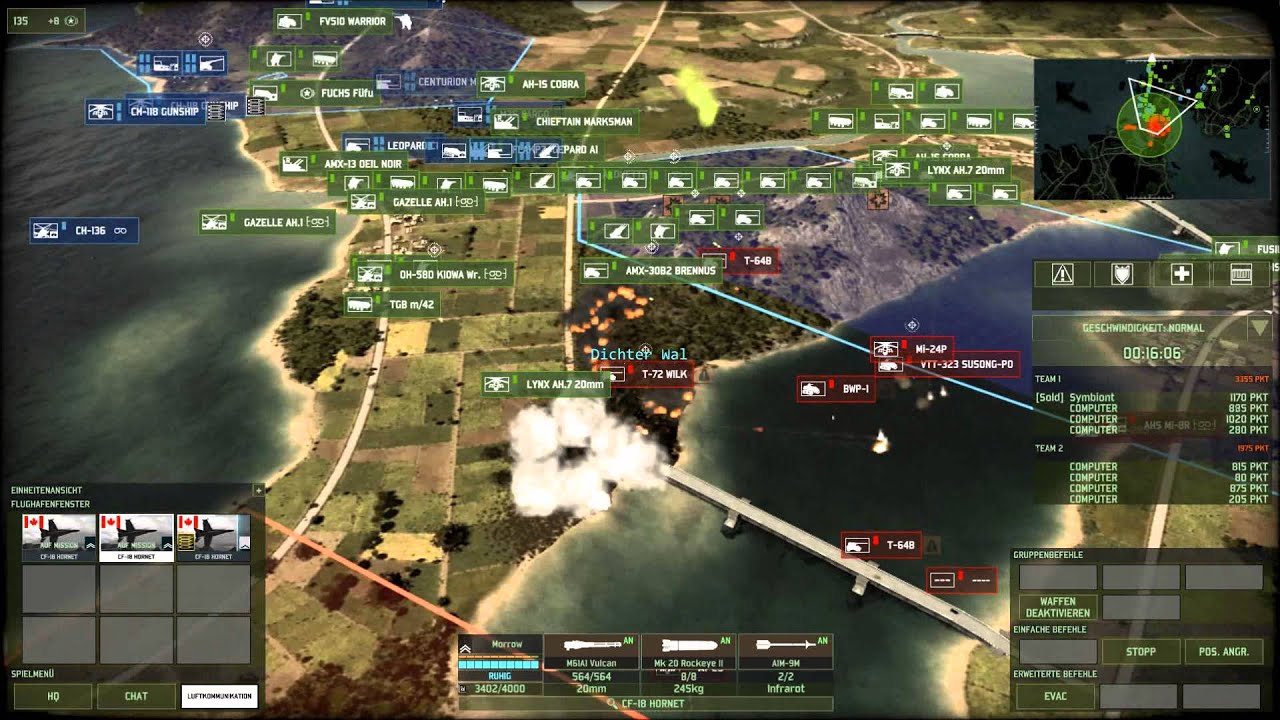 Developer Eugen Systems announced the next Real-Time Strategy series to their Wargame series, Wargame Red Dragon, which is the 3rd title of the series. Originally launched on PC last April, then just over a week ago it had been released for Linux, and just this past Thursday they announced that it is now available on Mac. Also was mentioned that the games multiplayer is cross-platform compatible with PC, Linux, and Mac. You can order your game on their official shop and on Steam for $39.99.

The previous titles in the Wargame series began with European Escalation, which lead up to AirLand Battle, and now Red Dragon. In Wargame Red Dragon, you leave the action that was in Europe and now you are coming to a whole new problem in Asia, which takes place between 1975 and 1991.

Wargame Red Dragon, still has the same game mechanics as the other titles in the series, and every game has stretch the limits of what RTS genre can take. The new version of their game engine, Iriszoom Engine v4, includes: ‘dynamic and tense gameplay that demands strategic vision and depth; a spectacular and realistic visual experience.’ There are two game modes Solo campaign and multiplayer, and in multiplayer mode you will be able to have all from up to 2 to 20 players simultaneously playing with you.

The game features an array of 1,450 units and vehicles that match what the combat groups used by the Warsaw Pact, NATO and allies, in the 1975-1991 era. There are new features that include new warships and maritime units, which include Frigates, Corvette, Landing craft, and more.

PC players of Wargame Red Dragon can also download the Mac and Linux versions of the game free of charge to a compatible machine, and same goes for Mac/Linux Players with PC.

Watch the launch trailer that was released in April, below: